My first impression when I saw the trailer of Aladdin was not very good. As a kid I had already imagined how Agrabah would look in real life, so when I saw the trailer nothing gelled with what I already had in mind. For example, Agrabah looked more Indian than Arab, Jaffar didn't look evil infact he looked like an angry comedian, Will Smith's Genie lacked Robin Williams' energetic voice and animated fluidity, Jasmine lacked the big expressive eyes of her 1992 animated character and Mena Massoud's Aladdin with his zillion forehead lines just didn't look like the street smart hero I had in mind. But I must admit I had a pretty decent time at the cinema with my family and all the elements mentioned above didn't really bother me while going through this new world of Aladdin created by Guy Richie. 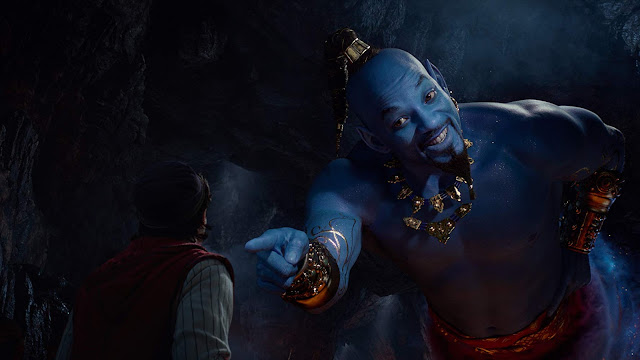 The problem with movie review world and especially me , is that if I dont get invite to the special media screening then by the time movie is out alot of reviews are out as well and I am someone who is really impacted by the reviews. So if reviews are bad then I really lose all the charm to go watch the movie. This is what happened with Aladdin here as well. Most of the reviews called it an underwhelming below average ride which resulted in me not expecting much when I entered cinema, to watch this one, upon my family's request. And I guess that really worked for me and I ended up having a good time. 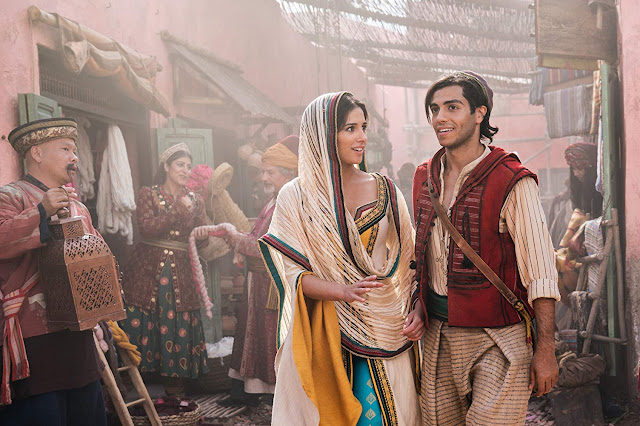 Story is same and we all know it from 1992 Disney classic. There are some changes especially the whole climactic sequence is completely different and that could be the main reason why most of the people didnt feel the same level of intensity which they felt when Jaffar turns into giant snake or Jasmine gets trapped in the hour glass in the 1992 version of Aladdin. Production wise it's interesting but feels a little less imaginative compared to classic, ofcourse real world has its limitations versus animated world and that could be one of the reason as well. For example in animated version during " a whole new world " song they fly over sphinx Egypt and here I was waiting to see if they do it in similar big magical way or not, but that song felt visually bland even though the tune still carried the same bliss. 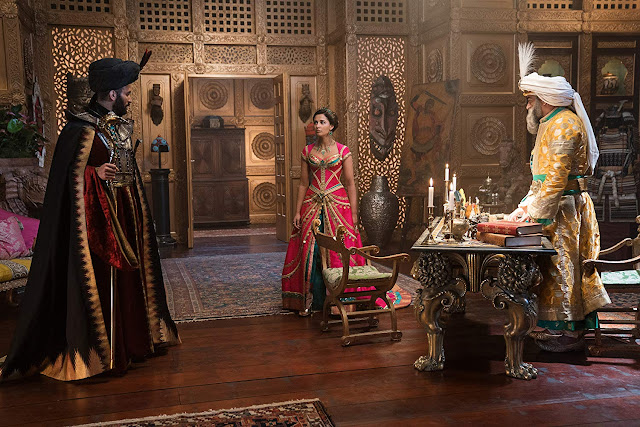 So far whatever I have mentioned is in comparison to the original production. Now if we analyze it as a standalone presentation than it's a pretty decent entertainer, with well written screenplay, beautiful performances, melodic tunes , bright visuals and an enchanting world of Agrabah and genie that it creates on screen. One might question what was the reason to create a relatively mediocre new such world when a superior one exists already but if you leave this one question aside then you might enjoy this new one alot better. A decent family entertainer I go with 2.5 stars out of 5.
Posted by Awaken at 4:46 AM