Deadpool 2: Bigger and Bloodier – but is it better?

The Merc with a Mouth, ups the ante in this sequel to the 2016 hit. By now everyone has some idea about the comic book character Deadpool. Its first iteration in the 2009 film X-Men Origins: Wolverine was met with various criticism since it basically botched the true nature of the comic book character. But thanks to leaked footage that gained positive fan reaction, the 2016 movie was greenlit albeit with a lower than the usual budget. That didn’t stop the creative minds of the filmmakers and star Ryan Reynolds, which made Deadpool one of the best comic book movie to release in 2016 (I still prefer Captain America: Civil War). 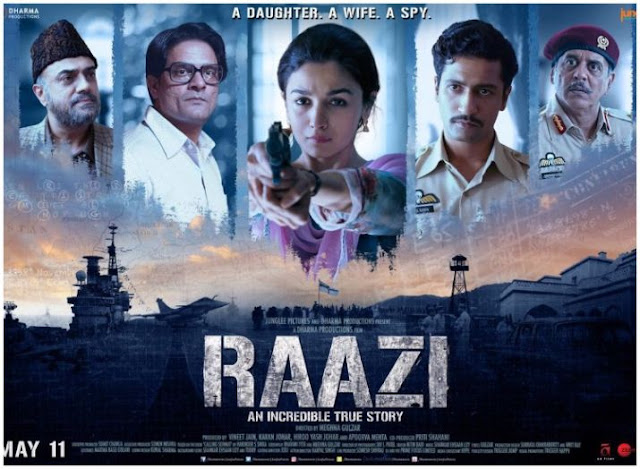 Set in 1971 during the tense situation between India and Pakistan, Raazi is based on Harinder Sikka's novel 'Calling Sehmat' which is about the daughter of a spy who strategically becomes the daughter-in-law of an opposing spy. Director Meghna Gulzar has done such an astounding job that even for a minute you will not flip your eyes & your focus, interest and excitement remains intact throughout the film.
Read more »
Posted by Awaken at 1:15 PM No comments:

The movie BEYOND THE CLOUDS marks Oscar-nominated and award-winning Iranian director Majid Majidi’s entry into Indian Cinemas. When the project was announced it created a great vibe across the fans who knew about Majid Majidi’s work in Iranian film industry as well as his collaboration with the Indian music maestro A.R. Rahman in his previous projects. The film also marks the debut of Ishaan Khattar (Amir) as well Malavika Mohanan (Tara).