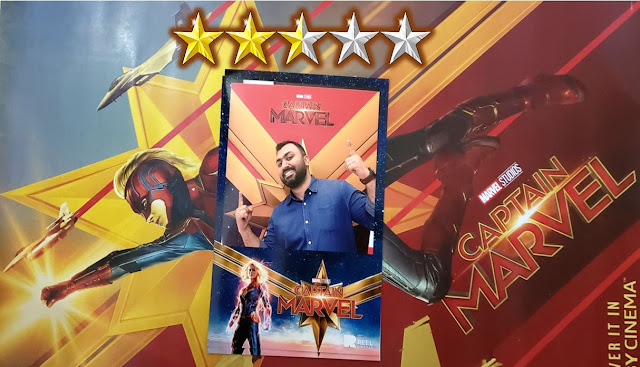 Anna Boden and Ryan Fleck ‘s written and directed Captain Marvel is the 21st installment in the Marvel cinematic universe and the weakest entertainer from the ensemble in my perspective. Don’t take me wrong it’s still a well-made, visually pleasing, action packed usual Marvel entertainer but considering it to be the first female lead super hero film from MCU, it was given that it will be compared to Wonder Woman (the first female lead DC film). And somehow in comparison it lacks the oomph’s and punches big time. I was expecting a lot more from Captain Marvel after ‘Infinity War’, as she was termed as the savior, the most powerful of all, so when you get a mediocre origin story like this, you as a Marvel fan are destined to be disappointed.