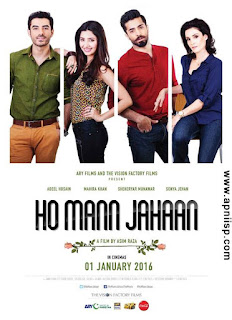 Cast:
A very refreshing intellectual movie, The kind of movies Lollywood is producing these days is very inspiring.
This movie starts as a story of 3 friends straight out of university and their struggle with reality, priorities, relationships and passion. The theme is offcourse not new and has been explored in many different films like dil chahta hai , zindagi na mile gi dobara etc . Whats new in this film is that the story has been told from every perspective not only from the friends perspective but from the perspective of everyone associated with them.
I will not say much about the story but Its a story of 3 different individuals with different backgrounds connected through their passion of music where one sacrifice passion for love and other sacrifice love for passion.
very well written script and dialogues. Screenplay and editing gets confusing somewhere in the middle but it all comes together in the end.
Pakistani movie has a feel of TV dramas which is obvious all the new guys coming in to film industry are transitioning from TV industry. As Bin Roye was a full on Hum tv drama and Yeh jawani phir nahin ani was a full on commercial film ,with this movie I guess the makers have achieved the right balance between a drama and a commercial film .
Music is based on the hit formula of coke studio and songs are all picturized and placed in the movie perfectly. As soon as the audience sort of start losing interest the right situation/song glues you back to the film. Shakkar Wandan Re has all the potential to rock the Pakistani Wedding Season.

Acting is superb all the actors have done justice to their characters. Especially it was really nice to see Bushra Ansari in a different role rather than typical saima chaudhry type of mother. Sonya Jahan looked amazingly pretty. Infact every one in the movie looked great good job with makeup and constume.
Direction is also very neat, With better editing this movie could have achieved a higher class of cinema.
Overall production is of international standards as well.
For me it is a very intellectual yet entertaining film which will not teach you what is wrong or right but will teach how to create balance among all the right and wrongs we see around us.
By the way have I mentioned little surprises that keep popping through out the movie.
A must watch for all the mature audience.
Posted by Awaken at 3:44 AM No comments:

A beautiful film... a journey through 17th century realm which for most of subcontinent people consists of luxurious palaces and life style of raja maharajas.. ...each frame is like thought through properly...it seems like director visualized each and every frame up to minor details like placememt of each and every lantern. 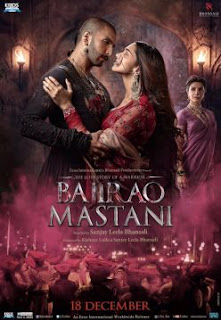 Brilliant film making/graphics and 17th century world creation is of Hollywood standards.
Not even a single dull moment .Film passes by so quickly u dont even realize it. Film making as mentioned is great Ranveer looks amazing as a warrior, Deepika represents the delicate yet fierce princess effortlessly and Pryanka plays heartbroken but still in love queen convincingly, Tanvi Azmi copied Maham anga from Jodha Akbar precisely, All have delivered their best performances. Bhansali did an amazing job in direction and making every scene look perfect.
Music is ok and not upto the level of film requirement or neither Bhansali standards. As far as choreography is concerned I must say I did miss saroj khan of dola re in pinga especially. All the dance sequences except for the first Deepika classical song seemed more like pt exercises with sets of exercises with no connectivity.
Apart from music and choreography what did not work well for me is the flow of story and script at some times. 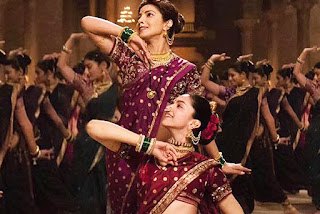 This movie was so much like Devdas even in the end when Peshva being ill turn on his bed I thought we will here 'devaaaaaa' sound at the back . A dance number between actresses a dialogue between both actresses about peshwa, Deepikas classical nunber like kahe chad and soft classical number deewani reminding us of hara rang dala. But what it lacked the intense dialogues, great music and situations of Devdas.... it seemed like Bhansali put all his effort making the film look beautiful and lost the essence of the scenes in between.
For me its a beautiful film technically but it lacks quality script plus editing. I went to cinema to watch an intense love story but it turned out to be a period film on Peshwa Baji Rao conquests and Mastani/Kashi Bai happened to just be one of them.. Having said that movie is still beautiful and provides great Cinema experience ,for that I will recommend u to go watch it.
Trailer: https://www.youtube.com/watch?v=eHOc-4D7MjY
Posted by Awaken at 11:35 PM No comments: