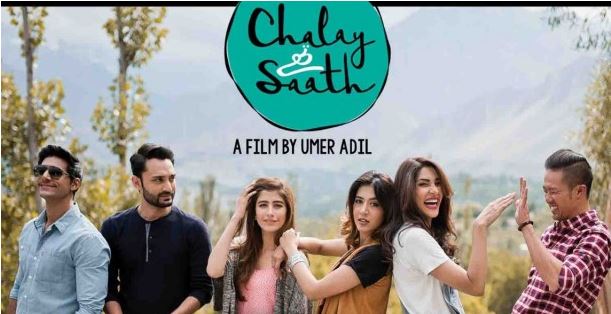 “Chalay Thay Saath” even though shot in same location as the projects hinted above, manages to look different. Trailer is visually stunning and gives us enough glimpse into characters to understand the complexity associated with each one. Cast is fresh and blends well with the beauty of Hunza. Song featured in the trailer is soothing and Behroze Sabzwari’s dialogues will give you goose bumps. Kent S Leung presence also adds an interesting element to the plot.
I have been waiting for something like this from Pakistani Cinema for a while now. Umer Adil's directorial has a very “Ho Mann Jahan”/” Kapoor & Sons” sort of vibe where we had a simple plot around multi layered characters focusing solely on evolution of their relationship.

To be honest, I got hooked to the trailer and replayed it 20 times at least. Unfortunately, I couldn’t find any release date for UAE but when I checked with the team of “Chalay Thay Saath”, they promptly assured me that plans are under work for a UAE release. Trailer is great and hopefully film will also deliver what it promises in trailer.
This movie is highly recommended.