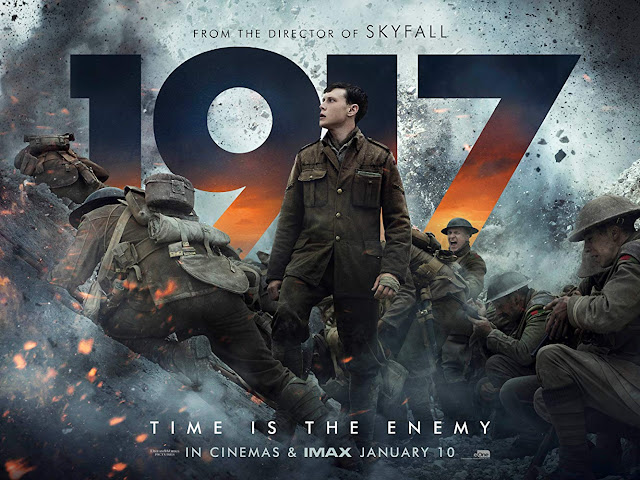 Every Indian and Pakistani should see this movie to really understand the horrors of War. In 1917 Sam Mendes has so realistically and brilliantly put on screen what our brothers go through when there is war and it's not pretty, it's not heroic, it's just pure ugly horror. 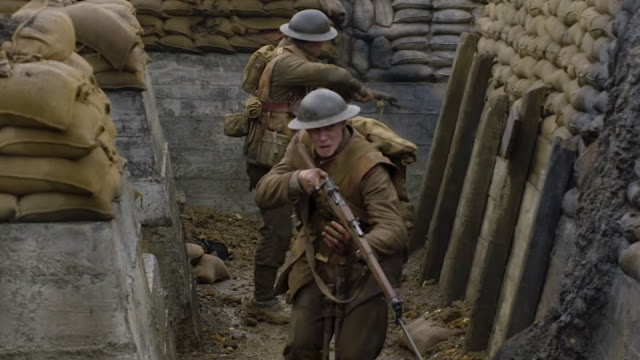 1917 is directed, co-written and produced by Sam Mendes. Film is set during spring 1917 First World War in northern France. Where two young British soldiers, Schofield and Blake, are given a mission to hand-deliver a message to the 2nd Battalion of the Devonshire Regiment, to call off their planned attack on the German forces. If they fail to deliver the message there is a risk of losing whole battalion of 1,600 men and Blake's brother is among them. So Blake takes on him as his brother is involved and without wasting any time sets on the journey against advices of Schofield to think/plan it first. 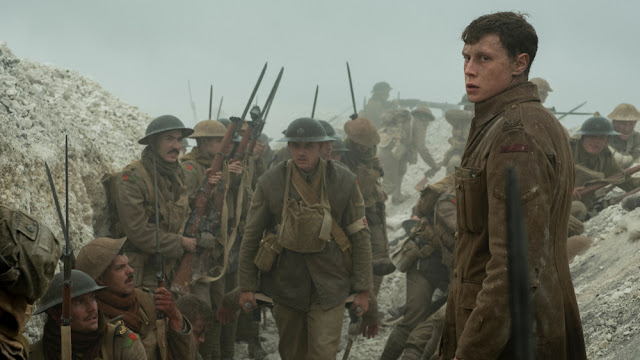 Sam Mendes has directed and shot this film in a way that it appears as a one continuous shot and resonates pure brilliance on screen. What does this one continuous shot style does is make you part of the setup and you feel like part of the team on mission. You view the whole scene and experience as if you are physically present.
Screenplay flows smoothly and amazingly highlight the horrors of war , in a simple narrative of two soldiers delivering a message through enemy area. The film opens with protagonists going through the trenches then moves on to a battle ground with human bodies scattered all over and then moves to an active battle scene in a destroyed city landscape with civilians still living in hiding and all this let you experience first hand what our men go through and what war is. Experience is enhanced significantly because of one continuous shot style with camera moving like how your eyes would move. On top of that characters are written and portrayed so humanly. You see heroism but still you see desperation, pain, anger, humanity and sense of responsibility. George MacKay as Lance Corporal Will Schofield and Dean-Charles Chapman as Lance Corporal Tom Blake, have portrayed their characters with conviction.

This film is the height of craftsmanship , I have not experience war like this before on silver screen. As audience you connect to the plot and you even worry for characters on screen. There is one moment in film where something happens and screen goes blank for couple of seconds, and as soon as it happened my mind went bonkers. I wanted to know what happened and then my mind starting making stories what could have happened, and this level of engagement I never experienced before. It's a must watch.
Posted by Awaken at 1:15 AM