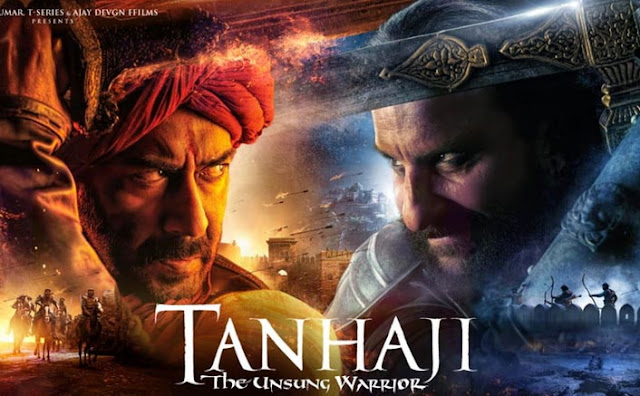 First film of 2020 and what a major disappointment. Such films work on two major elements , first that they create 16th/ 17th century magical world of kings and queens that we all romanticize and the element of patriotism/heroism they carry. Both of the elements were missing in this Om Raut directorial. Production and direction is very mediocre here coupled with amateur graphics, the world they create can't match the levels we get in dozens of recent period films. And patriotism doesn't make sense either, a Maratha fighting a Rajput to expand their emperor's boundaries beyond their homeland so for me taking sides is not easy. 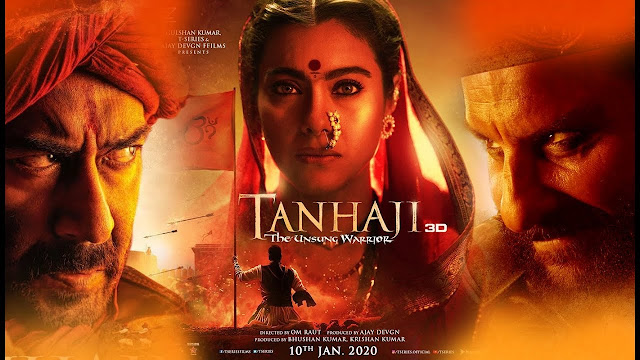 Before watching the film I used to think Pakistan army surrender in 1971 is the biggest such act but now I found out that the Maratha Idol was the first to surrender 23 forts when he could have fought as well and then later on film portrays him to be someone willing to fight doesn't work with the whole plot. Screenplay is half cooked and even though film run time is decent it still feels long. Dialogues are not very creative and original, at one point Kajol say " Kutay kee zindagi say sher kee zindagi behter hai"( A lion's life is better than a dog's life), first time I heard this dialogue was when I was 10 years old, who puts such repetitive sentiments in films any more. At another point Ajay Devgan says "her Maratha mein lakh Maratha hota hai" ( Every single maratha has a hundred thousand Maratha power in him ) and I was wondering then why you surrendered 23 forts without fight. A serious lack of creativity is visible in dialogues. Kajol is completely wasted and even if you remove her scenes entirely there will be absolutely no impact on the narrative. 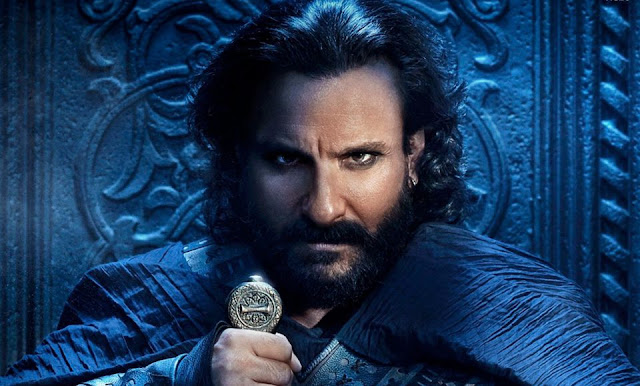 Saif Ali Khan appeared mimicking Ranveer Singh's rendition of Khilji. In fact whole film appears as a spoof of Baji Rao Mastani, there was Malhari with signature moves let's give Ajay similar song and the moves he was doing with three finger and crescent shaped hands appeared so hilarious rather impactful. The problem is that Sanjay Leela Bhansali along with Mr and Mrs Ranveer Singh has set the bar so high that any thing lower doesnt impress any more. Ajay Devgun is decent but then screenplay doesnt give him enough material to shine. 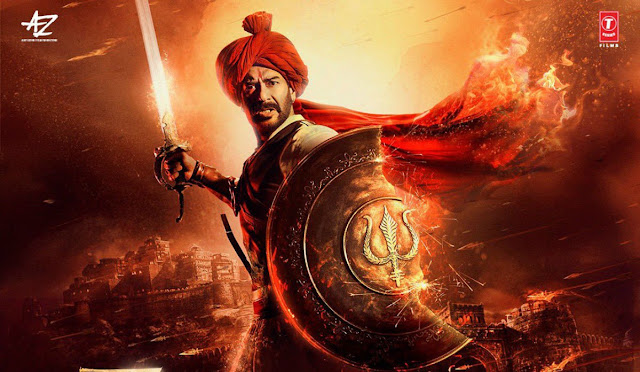 Action sequences are interesting in the beginning but they too become repetitive and unimaginative as the movie progresses. There is so much potential here, in one scene Tanaji reminds Shivaji about their previous historic moments of forming / expanding the empire and the promises they made, I wish in 131 minutes run time of the film I had got to see that kind of development of his character leading to his final epic battle at Kondhana rather then the random nonsensical buildup we get instead. I usually suggest to go watch such films even if they are bad , just to experience the beauty of that era but that is not even present here , so I will suggest not to waste your time and money on this one.
Posted by Awaken at 11:44 PM