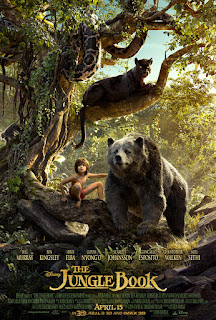 I entered the cinema without any expectations as for most Desi people Jungle Book is some sort of a connection to their childhood , but that was not the case with me.


Disney's The Jungle Book starts with Mowgli running through the jungle with the pack of wolves and from that very moment the movie grips you and you stay with the movie till end. 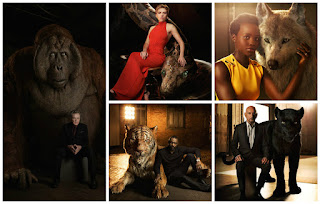 This movie is based on Jungle Book (1894 by Rudyard Kipling) and revolves around the story of a boy raised by wolves. If you can get over the fact that wolves raised the boy and most of the animals speak the same language then you are in for a good time. Story/screenplay is so well written and has so much to offer that you stay glued to the seat till very end.

Graphics are so neat that not even once you feel that Mowgli is the only real thing or being in the movie. Could not have asked for better voice actors. Voice acting blends so well with the graphics and the whole combination makes it easy for us to connect with all the characters. From Raksha's Motherly love to Sher Khan's unjustified hate every thing engulfs you and you become part of their world. 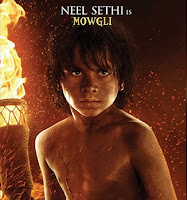 Neel Sethi as Mowgli has done a great job. His expressions , body language and overall persona he carries through the movie is of a 10 year old clever, regular boy yet he fits well in to jungle world.


Also I  was surprised by the details that I got to see throughout the movie ( usually missing in such films ) e.g. when Mowgli is carried by monkeys through thick forest, one could see scratches all over his body once he lands.

This movie offers a very entertaining and quality fantasy cinema experience and is for adults and kids both. I recommend with 4 stars.
Posted by Awaken at 9:35 PM No comments: