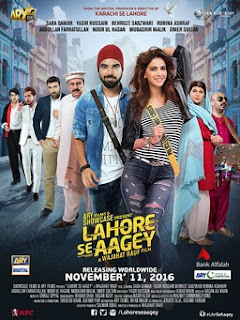 During my university days I used to do theater, mostly comedy skits. The basic idea we used to have is to create situations where we can have good jokes/punch lines /funny moments with some sort of storyline just to back the situations we wanted. We never cared about the believability of the story or how logical the flow was. Our aim was simply to be entertaining and make people laugh throughout the skit and this formula, is what I believe writer Yasir Hussain and Director Wajahat Rauf has used for this film.
Unfortunately this formula for me works well for 20-30 minutes theater plays only and for 140 minutes silver screen entertainer we should seriously stay away from this. I am not against brainless comedies but these brainless comedies still need some level of character development and story lines so that audience could connect to it. Jokes and punchlines were good and they help you get through this ordeal but if I am paying for a cinema ticket I deserve a movie not some standup comedy act. There are scenes in film which were simply not required for example dance off on old pop songs of Pakistan. I mean if you really want to have a dance off then minimum you can do is to hire some good professional dancers, the whole sequence was very long and painful to sit through.  This movie could have been much better if writer had focused on story line and a bit more on motive development of characters. It already had good funny moments, the only thing missing from script is that we don’t know exactly why these people are acting in this manner. There were some authentic romantic moments but completely wasted because of their placement and also from the fact that we couldn’t connect to the characters. 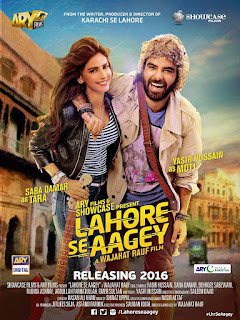 Shiraz Uppal's music is not memorable and just average with ‘Qalabaaz Dil’ being slightly above average. This song felt like a copy of Madhuri’s famous item number Ghaghra. Choreography of the songs and setups were quite amateur, Pakistan film industry has a long way to go in this department.
Yasir Hussain has acted his part well but Saba Qamar felt like coming in and out of her character throughout the film. There were moments where she was brilliant and then there were moments where it felt like watching a school girl performing on senior’s farewell. Attiqa Odo, Behroze Sabzwari and Rubina Ashraf were completely wasted and their parts are so under written that they felt like cameos rather than supporting roles. Rest of the cast was quite annoying especially the actor who played Saba Qamar’s boyfriend.
On the positive side, from technical production quality perspective it did not feel like a Pakistani drama which was refreshing. Also Pakistan has been captured really well throughout the film. Pace of the movie is also good it may annoy you because of the content but will not drag for a moment throughout 140 minutes.


Lahore Se Aagay for me is more like a standup comedy act which one might enjoy but not expect from a silver screen entertainer, I go with 1.5 stars.
Posted by Awaken at 1:18 AM 1 comment: