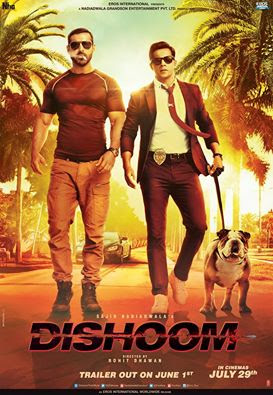 
This movie will especially irritate those who live in UAE, my mind was not accepting the fact that an Indian (or matter of fact any one) can point a gun to an Emirati Officer without any consequences or the bike chase inside Ferrari world (where was the park security or where did they get the bikes or ATV in the first place). 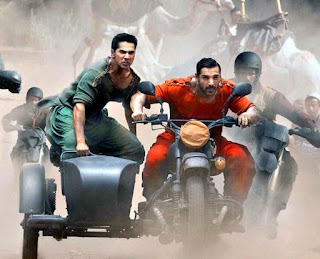 Script is illogical to the extent that it starts to insult ones intellect. There is no character building at all. Plot is predictable. Dialogues are neither witty nor memorable. I still don’t understand why on earth writers would think it will be hilarious to include already exhaustedly repeated old jokes like ‘ap kee picture daikhi hamain pasand nahin aee’. Also that Abuddin sequence, what were writers thinking and especially who designed those awfull shalwar kameez suits.
As far as acting is concerned we should never expect much from John and Jaqueline, they fit well in to the outlines of roles and that should be enough. The only saving grace in this department is Varun and his perfect comic timings.


If anyone need to learn how to create ridiculously flat boring action sequences with all the right ingredients they should watch this film. I mean to say we have helicopters, sky scrapers, yachts, desert, fully muscled heroes and all sorts of fancy cars, yet what we get is 1 helicopter and car chase in the end. 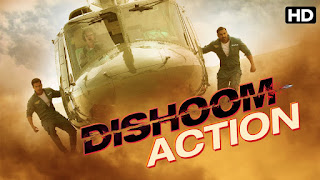 This movie does have some funny moments like Akshay Kumar's Cameo but they are not enough to save the film. With a buddy cop formula where one is rough/tuff and other is ineffective/silly coupled with mediocre action sequences, forced item number and some acceptable comic moments, this film feels like a sloppy remake of even sloppier film Dhoom (even the name Dishoom seems inspired from it)


I go with 1 desi star only for Varun's comic timing and Akshay Kumar’s cameo as they helped me last through the film. 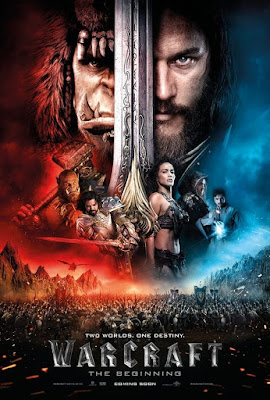 
I have never heard of Warcraft franchise before but some how this movie felt like a video game and it turns out to be actually based on Warcraft video games and set of novels.


In the beginning you might get the feel of watching an animated film, but as soon as the human elements join the films I almost forgot that these Orcs are computer generated.

Story line gets confusing close to end and I really did not get few elements of the story but I guess these days every movie has to be a set of 3 films minimum so we will know more with sequels.


Plot is simple and set in a world of realms rather than planets, basically Orcs world is dying and in order to protect their race they invade human realm. There are warlocks, warriors, honest royalty, flying bird horses, castles, portals etc clubbed with tribal pride, acceptance, honor, betrayal, and love all packed into this 120 minutes experience, so you can imagine how fast paced this movie is. 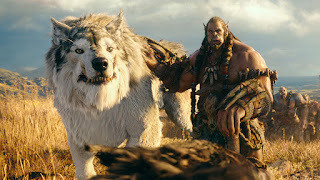 I didn’t find Travis Fimmel as main lead to be convincing enough but it doesn’t mean he was awful, its simply rest of the cast did slightly better job.


There was a moment in the movie when I was desperately praying for guardian to save Travis’ on screen son and such connection with audience is usually rare in such movies. Action sequences are crisp, fast paced and entertaining with the right amount of sword fights, magic and mythical creatures.


This movie offers great cinema experience and is meant for bigger screen. If you are into this type of fantasy cinema than I can guarantee you that these would be fastest 120 minutes of your life without a single dull moment. I go with 3 Desi Stars