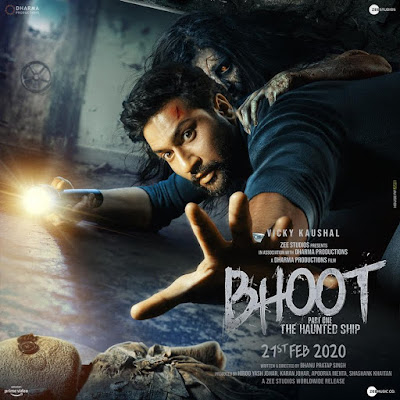 The main reason behind seeing Bhanu Pratap Singh's directorial debut 'Bhoot – Part One: The Haunted Ship' was to see Vicky Kaushal on big screen. I havent seen any of his previous hits in cinema, where critics raved about his acting skills so thought this is my chance but now I believe I should have waited a bit more for his first silver screen impression. 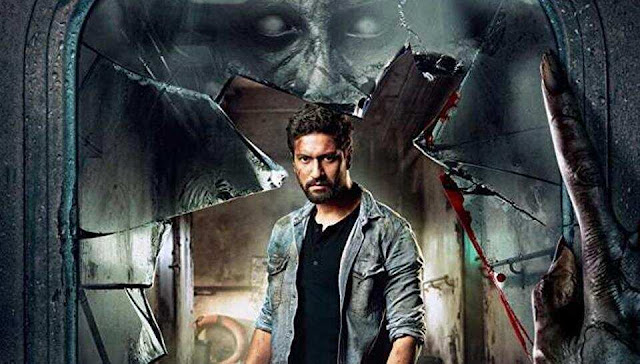 It is really easy to sacre me , any jump scare can make me jump. So if in climax of a horror film, in an empty dark cinema all by myself, I wasn't really scared then there is something really not working .
I enjoy horror movies but I prefer not to watch them alone because I have a very imaginative mind and if I am alone, it starts playing tricks on me. But for Bhoot I decided to go alone as in cinema usually there are people but to my surprise no one likes watching horror movies on a Friday morning in Dubai. So I was the only one in the whole cinema. Which means my imaginative mind already started playing tricks. First half of Bhoot went really well, suspense, story building and scares were all good and genuine but then second half came. It didnt drag but wasn't that exciting either. Which makes me wonder if the empty cinema was the reason I enjoyed first half and by second half the sensation of being alone in a cinema of 100 people in dark was settled down and thus I wasn't that excited anymore for second half.
Anyway all the cliches that one would expect from a horror flick are there for example, a bathroom mirror jump scare, a knock on the door and no one being there, a random couple dying in the start to set the tone, a supportive friend who despite knowing how stupid it is, still rolls with his friend, priests are not in these days so they replace them with doctors or university professors who study paranormal, they basically do the same thing and we have one here. So if I say this horror flick has nothing new to offer will not be wrong, also graphics were quite mediocre from today's standard as well. I believe I have seen some you tubers with better graphics.

Now coming to Vicky Kaushal , to be honest I am not impressed. Even though his acting was convincing but there was absolutely no screen presence to engage the audience. Good thing that screenplay doesnt drag so it flows smoothly and direction is also horror movie appropriate so it does succeed in creating some suspense. Premise of an abandon haunted ship is always exciting in nature and provide an interesting setup for a horror flick.
I believe we can call it an average entertainer. This movie can do well in online streaming arena. You can skip it if you want and will not miss a thing but if you like Vicky Kaushal (he is literally in every frame) or fan of bollywood kind a horror then go for it.
Posted by Awaken at 11:24 PM