Mortal Kombat is a fantasy action film based on the game of same name. Mortal Kombat as a game has a legacy of 3 decades approx. and a very solid fan base. Storyline and characters in the game are very strong with a potential to start a cinematic universe that can rival Marvel. As a film franchise, Mortal Kombat has always struggled and I believe, the basic challenge director had with this reboot was to create a successful film , with a limited budget of 50 Mil USD only (while lowest budget ever in a marvel film was twice than this -130 Mil USD for Ant Man) and without association of an A list movie star, in order to get studio to greenlight a franchise . From this perspective Simon McQuoid in his feature directorial debut has done a decent job and has created an overall enjoyable experience that caters especially to fans. 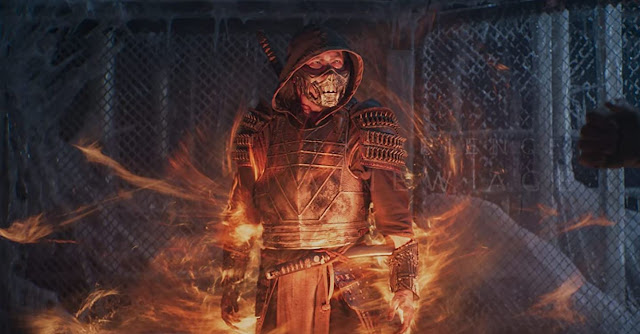 There is a lot to like here. Opening sequence is very strong and establishes the rivalry of scorpion and subzero well. All the characters are written very true to the original content and we get to hear all famous lines like “Get over hear” as well. We also experience all signature moves along with abundance of fatalities just like the game. There is a new character being introduced here as well which is a very smart move as it creates an element of surprise for people like me who know almost everything about the main characters. Josh Lawson as Kano delivers the most enjoyable performance and helps maintain the natural flow of humor throughout the film. From characters perspective Subzero and Scorpion are the highlight and whenever they are on screen entertainment quotient of the film goes a level up. I wish we get at some point a dedicated film focusing only on these two characters and their rivalry.

There are also many flaws in this film, screenplay/script is weak and especially hard to follow if you are not aware of the storyline and characters from the game. Film starts well but then towards the ends feels rushed and doesn’t let, whats happening onscreen to register well with the audience. Performances are mediocre except Josh Lawson as Kano. Action sequences and their treatment is very much like 90s with shaky fast cam and many cuts/edit with in a single move. Marvel has really spoiled us with great action sequences and expectations of the audience is even higher here especially when the fatal blows in the games are so well choreographed.

In pure Mortal Kombat game terms, has Simon McQuoid achieved flawless victory with this film? The answer is no. But this film is good enough to let it go to round two and I really wish with in second round, studio approves higher budget, along with association of some A list star, this franchise may achieve victory with fatality the way it deserves.

Overall a very enjoyable experience that stays true to original content, connects well with the fans and plays with the nostalgia associated with the legacy of this game but if you are not fan of this game and have no clue what Mortal Kombat is then you may have a difficult time with this one.